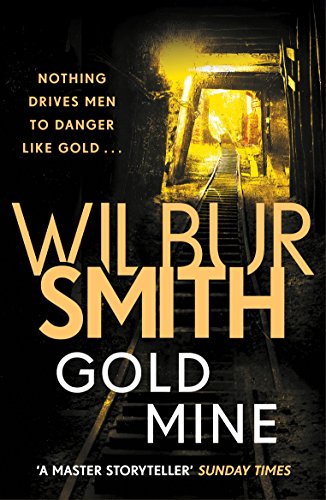 'Underground Manager,' he said. There was a long silence and he could hear the man breathing on the other end.
'Speak, man, what is it?'
'The whole bloody thing has come down,' said the voice. It was husky, rough with fear and dust.
'Where are you speaking from?' Rod asked.
'They're still in there,' said the voice. 'They're screaming in there. Under the rock. They're screaming.'


Rod Ironsides is an honest man and expert manager of the successful Sonder Ditch gold mine and its hard-worked miners. But honesty and expertise count for little when faced with desperate bosses and a crew who'll break every rule to get their own illegal share of the precious metal.


Under the command of the obsessive, meticulous Dr Steyner, Rod is forced into greater and greater risks. For if the mine goes down and takes the lives of the men with it, someone stands to make millions - but Rod will be the one who pays.

A riveting thriller packed full of violence, disaster, and the irresistible magnetism of gold, from global bestseller Wilbur Smith