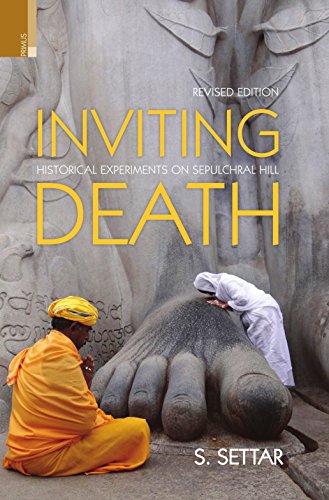 One of the foremost communities to have paid serious attention to death are the Jainas of India. Indeed, their preoccupation with it has been so intense that without understanding their philosophy of death, it is almost impossible to make out their notion of life. While commending death, however, they caution against throwing away life in a cavalier manner. They emphatically oppose suicide—a death-recourse prompted by emotion (raga) and violence (himsa)—and condemn it as a spiritual crime, a cowardly act resorted to by the immature and the ignorant. Jainism recognizes forty-eight types of deaths, grouped under three major heads called bala-marana (foolish death), pandita-marana (wise-death), and pandita-pandita-marana (the wisest of wise death). For them, sallekhana is an art of mortiﬁ cation, which is completed without hurting the soul or harming the mind. The Jainas did not consider death a subject of intellectual exercise; they held it as a force that permeates the social, religious and philosophical sinews of life. The codifed rules of the art of inviting death, descriptive accounts of Puranic and historical personalities who embraced it, and an interesting body of epigraphical and archaeological remains, provide a rich corpus of information on those who voluntarily terminated their lives. Inviting Death presents this history spread over a millennium and half, on the Samadhibetta or the Sepulchral Hill at Sravana Belgola, the foremost of the Digambara Jaina centres in the world.