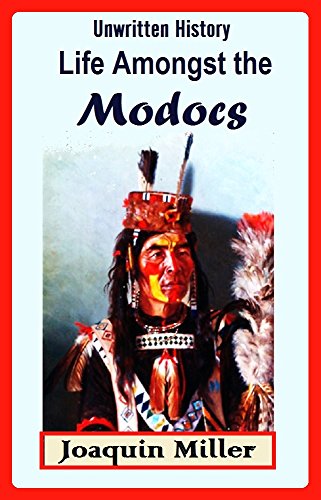 First printed in 1873, Life Amongst the Modocs is based on Miller's years among the mining towns and Indian camps of northernmost California during the tumultuous 1850s. As a nature writer, he was among the first to capture the fierce power and sublime beauty of California's wild landscape. He was also a maverick in his portrayal of the state's emotional landscape, dealing as no one has before or since with themes such as loneliness and defeat, melancholy and rage, weakness and strength, joy and loyalty.

This book published in 1874 has been reformatted for the Kindle and may contain an occasional defect from the original publication or from the reformatting.