The Talking Cure: A Memoir of Life on Air por Mike Feder 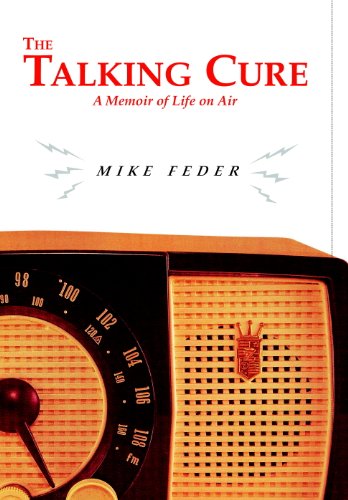 Mike Feder con The Talking Cure: A Memoir of Life on Air

As a kid growing up in Queens, Mike Feder identified with Scheherazade of The Thousand and One Nights: "The idea of someone having to tell a new tale every night to prevent their head getting chopped off seemed sadly familiar to me." Back then, the author's audience was his mentally ill mother, who used to stay in the house all day with the shades drawn, and then insist that her son tell her stories so that she might vicariously experience the world outside. Eventually she committed suicide, and Feder grew up to be a relentless, comic storyteller on the radio. The Talking Cure tells the story of his ridiculous jobs, first failed marriage, the string of psychiatrists, and the misery of reluctant fatherhood; throughout he maintains a kind of bizarre balancing act--hilariousness and deep seriousness, conventionality and strangeness. An ironist and a comic, Feder looks unflinchingly at his own foibles and frailties, enabling him to connect to other people's stories. The reader emerges from this book with a sense of forgiveness for the human condition, and awe at the mystery of human life. Deeply funny, and at the same time breathtakingly dark, this is a book to provoke, amuse and, in some strange way, reassure: God loves a challenge.