The Wrinkles of the City - Shanghai por jr 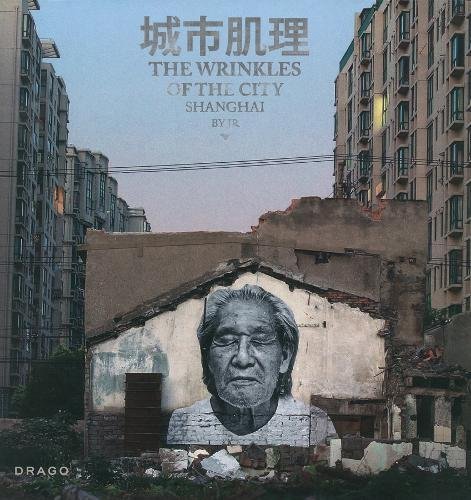 jr con The Wrinkles of the City - Shanghai

Memory can disappear with passing generations. With this as inspiration, JR here shows the viewer that it is important not to forget what the elderly can pass on to the younger generation. Without judging, JR delivers an intimate, unexpected social history in an artistic, poetic and human way. Travelling to Shanghai - a city that has been subject to phenomenal social and economic change - JR creates portraits of elderly subjects, which are then printed in monumental sizes and pasted back onto the cityscape, representing the city's heritage.


JR owns the biggest art gallery in the world. He exhibits freely in the streets of the world, catching the attention of people who are not typical museum visitors. His work mixes Art with Act, talks about commitment, freedom, identity and limit. After he found a camera in the Paris subway, he did a tour of European Street Art, tracking the people who communicate messages via the walls. Then, he started to work on the vertical limits, watching the people and the passage of life from the forbidden undergrounds and roofs of Paris.
In 2006, he achieved Portrait of a Generation, portraits of the suburban "thugs" that he posted, in huge formats, in the bourgeois districts of Paris. This illegal project became "official" when the Paris City Hall wrapped its building with JR's photos. In 2007, with Marco, he did Face 2 Face, the biggest illegal exhibition ever. JR posted huge portraits of Israelis and Palestinians face to face in eight Palestinian and Israeli cities, and on the both sides of the Security fence / Separation wall. The experts said it would be impossible. Still, he did it. In 2008, he embarked on a long international trip for Women Are Heroes, a project in which he underlines the dignity of women who are often the targets of conflicts. At the same time, he created the project The Wrinkles of the City. JR aims to use the wrinkles of the inhabitants of a city to retell their history and memory of a country. He chose to visit cities where immense amounts of change have been experienced, such as Cartagena in Spain, Shanghai or Los Angeles.
In 2010, his film Women Are Heroes is presented at Cannes in competition for the Camera d'Or. In 2011, he received the Ted Prize, which offers him the opportunity to make "A wish to change the world". He created InsideOut, an international participatory art project that allows people worldwide to get their picture and paste it to support an idea, a project, an action and share their experience.
JR creates "Pervasive Art" that spreads uninvited on the buildings of the slums around Paris, on the walls in the Middle-East, on the broken bridges in Africa or the favelas in Brazil. Some elderly women become models for a day; some kids turn artists for a week. In this type of Art scene, there is no stage to separate the actors from the spectators. After these local exhibitions, the images were transported to London, New York, Berlin or Amsterdam where people could interpret them in the light of their own personal experience.
As he remains anonymous and doesn't explain his huge full frame portraits of people making faces, JR leaves the space empty for an encounter between the subject/protagonist and the passer-by/interpreter.
This is what JR's work is about. Raising questions.