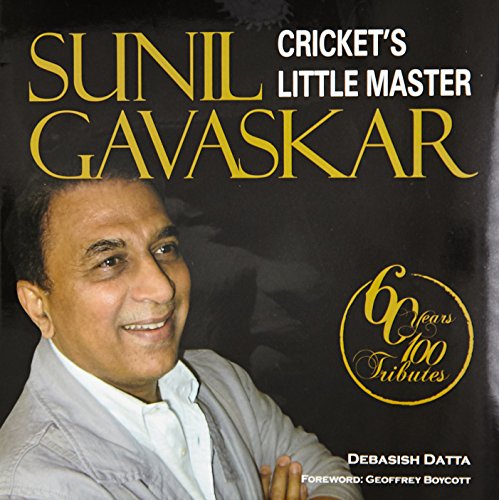 Reseña del editor During his playing days, he used to be often referred to as the 'Record-breaking Gavaskar' or the 'Century Man', for Sunil Manohar Gavaskar simply loved to pile up the runs. On his 60th birthday, his admirers join hands to present him with a unique 'century' in the form of this book that contains 100 articles on the Little Master. In its 132-year history, Test match cricket has produced some great cricketers and even greater characters. Some of these wonderful cricketers share their personal experiences of having played the game alongside or against Sunil Gavaskar. This book is a tribute to the living legend, a person we all love and admire. Biografía del autor Debasish Datta's passion for cricket can only be compared to Sunil Gavaskar's hunger for runs. He met Gavaskar for the first time in 1978 and this unique partnership continues to flower. It is said that when he is unwell, the best medicine you can give to Debasish is a story to chase. It is known to work like magic. Vastly experienced, he has criss-crossed the globe covering cricket from Wellington to Jamaica, Lahore to London and from Mumbai to Melbourne. The chief cricket writer of Aajkaal and the author of several books, Debasish has also aired his views on the BBC, Sky TV, NDTV, CNN-IBN and 24 Ghanta.