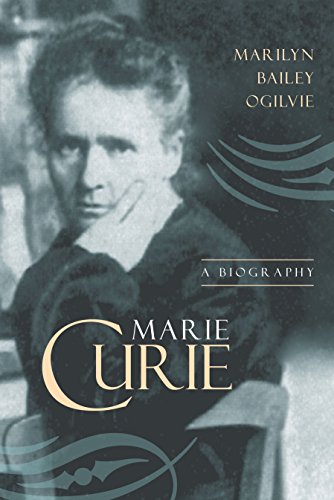 Reseña del editor There is probably no woman scientist more famous than Marie Curie (1867-1934). She made one of the most important theoretical breakthroughs of the twentieth century when she postulated that radiation was an atomic rather than a chemical property, an important milestone in understanding the structure of matter. Not only did she coin the term radioactivity, but her painstaking research culminated in the isolation of two new elements, polonium and radium. For her achievements she won two Nobel Prizes, one in physics (in 1903) and the other in chemistry (in 1911). This informative, accessible, and concise biography looks at Marie Curie not just as a dedicated scientist but also as a complex woman with a sometimes-tumultuous personal life. This historian of science describes Curie’s life and career, from her early years in Poland, where she was born Maria Sklodowska; through her marriage to and collaboration with Pierre Curie; her appointment as the first female professor at Sorbonne University after his untimely death; and the scientific work that led to her recognition by the Nobel Prize committee. The author also candidly discusses the controversy that surrounded Marie when detractors charged that her work was actually performed by her late husband. Finally, she describes Curie’s work in founding the radium institutes to study radiation and in establishing mobile X-ray units during World War I. Eventually, her long exposure to radium led to her death from aplastic anemia in 1934. A year later, Albert Einstein published a tribute to her in memoriam, praising both her intuition and her tenacity under the most trying circumstances.Ogilvie’s appealing narrative brings the brilliant scientist and courageous woman to life in a story that will continue to inspire future scientists. Biografía del autor Marilyn Bailey Ogilvie (OK), now retired, is formerly a professor of the history of science and curator of the history of science collections at the University of Oklahoma. She is the author of Searching the Stars: The Story of Caroline Herschel and Women in Science: Antiquity through the Nineteenth Century; the editor of The Biographical Dictionary of Scientists; and the coeditor (with Joy Dorothy Harvey) of The Biographical Dictionary of Women in Science.