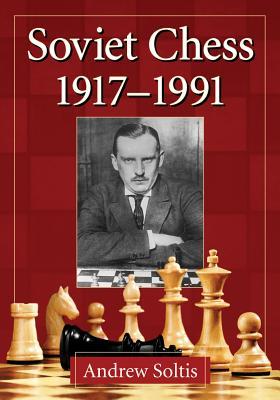 This large and magnificent work of art is both an interpretive history of Soviet chess from the Bolshevik Revolution to the collapse of the U.S.S.R. in 1991 and a record of the most interesting games played. The text traces the phenomenal growth of chess from the days of the revolution to the devastation of World War II, and then from the Golden Age of Soviet-dominated chess in the 1950s to the challenge of Bobby Fischer and the quest to find his Soviet match. Included are 249 games, each with a diagram; most are annotated and many have never before been published outside the Soviet Union. The text is augmented by photographs and includes 63 tournament and match scoretables. Also included are a bibliography, an appendix of records achieved in Soviet national championships, two indexes of openings, and an index of players and opponents.