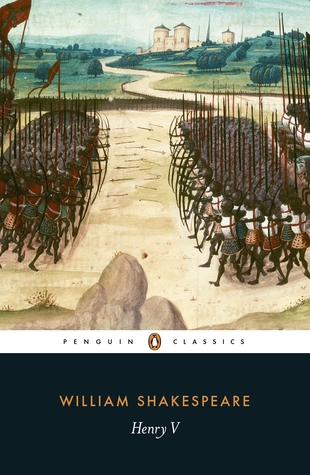 Among the most well-loved of William Shakespeare's history plays, Henry V is the gripping conclusion to the story of young 'Prince Hal' begun in Henry IV, edited by A.R. Humphreys with an introduction by Ann Kaegi.

'We few, we happy few, we band of brothers
For he today that sheds his blood with me
Shall be my brother'

Young King Henry wages war on France. But, tainted by his father's crimes, and with enemies among his own men, he must confront the difficult responsibilities of kingship. In rousing speeches, first at the siege of Harfleur where he urges his men 'Once more into the breach', and again on St Crispin's Day before the Battle of Agincourt, Henry rallies the English troops to spectacular victories which change the course of history. But even with the battles won, the war is not yet over - for to make safe his success, Henry must secure a marriage with the French princess, Catherine of Valois. And can triumph in France prevent civil war in England?

This book includes a general introduction to Shakespeare's life and the Elizabethan theatre, a separate introduction to Henry V, a chronology of his works, suggestions for further reading, an essay discussing performance options on both stage and screen, and a commentary.

William Shakespeare (1564-1616) was born to John Shakespeare and Mary Arden some time in late April 1564 in Stratford-upon-Avon. He wrote about 38 plays (the precise number is uncertain), many of which are regarded as the most exceptional works of drama ever produced, including Romeo and Juliet (1595), Henry V (1599), Hamlet (1601), Othello (1604), King Lear (1606) and Macbeth (1606), as well as a collection of 154 sonnets, which number among the most profound and influential love-poetry in English.

'Shakespeare was the greatest humanist who has ever lived'
Trevor Nunn, former Artistic Director for the Royal Shakespeare Company